At one point in the nineties and noughties you were only allowed to be an urban or hip-hop star if you made mention explicitly of the fact that you drank and bought copious amounts of Cristal Champagne. If you were a lady urban act then, as Mis-Teeq so eloquently put it in the title above, you would refuse to drink anything else. No man worth his salt would consider buying anything else. Babycham won’t do and nor will anything else so the real ale society need not apply. It’s hard to imagine Tupac, Fiddy or Jay-Z in a hot tub with a handle pint glass of Theakston old Peculiar anyway. Cristal has class. It can be combined with Antique crystal chandeliers which usually appear in these sorts of videos of opulence. Try http://roccoborghese.com/crystal-chandeliers/borghesina-classica/ for a start.

It’s not like the stuff is exclusive or anything. A standard bottle will set you back about £150 quid up to Seven grand for a Methuselah, though that is the equivalent of eight bottles. It does come in a nice box though and, if you’re really lucky, you can get one covered in a crinkly orange cellophane like the type you used to get on Lucozade bottle form the Pharmacist in the 1970’s.

The Cristal Champagne was not intended for us mere mortals or Hip-Hop artists originally. It was just for the Russian royalty to sip. Here’s the thing though unlike most Champagnes like Dom Perignon etc the bottle is clear. There is a very good reason for that, especially where the Russian nobility were concerned. The Nobles were worried due to the highly unstable political situation that there maybe a tiny chance that an assassination attempt may be made. The peasantry at the time were starving whilst the aristos lived in a life of luxury and it was all starting to look a bit like a French revolution scenario. Therefore, bottles of expensive fizzy wine turning up was not going to go down well with the locals and it would have been a delicious irony for the dissidents to poison the shipment. The Tsar, Alexander the Second wanted to see the wine bubbles and also wanted a flat bottom bottle as a bomb could have easier been hiding in the indented base. If that went bang, then glass and the explosion could do for quite a lot of the ruling elite.

We general pheasants weren’t allowed to buy it until 1945 when people generally deserved a good time after everything they’d been through over the last few decades. What does it taste like? You mean your not rushing out to buy one? Apparently, it has all the aspects of toasted hazelnuts, red fruit, white chocolate and caramel and Danish pastry. Refreshing is not mentioned. The reason it got so popular with the Hip Hop guys and gals is that Tupac Shuker made a cocktail “thug passion” out of it. The CEO moaned about the interest and now the Rap community wont, have anything to do with it. Bet the Marketing team were relieved. 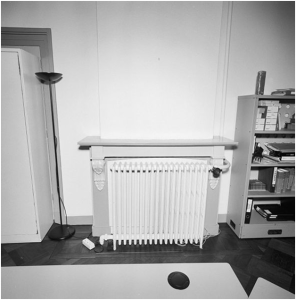 Next post How to use expoxy floor paint in your garage

Hanging a bed sheet from the ceiling can create a cozy and unique space in your home. Whether it’s for...

A dresser can be a great addition to a closet, providing extra storage space for clothing and other items. However,...

The no baseboard look is a popular trend in interior design that involves removing the baseboards in a room to...

Plushies, also known as stuffed animals or plush toys, are beloved by many for their soft, cuddly texture and adorable...

When it comes to bedroom design, one of the most common dilemmas is how to make the most of a...